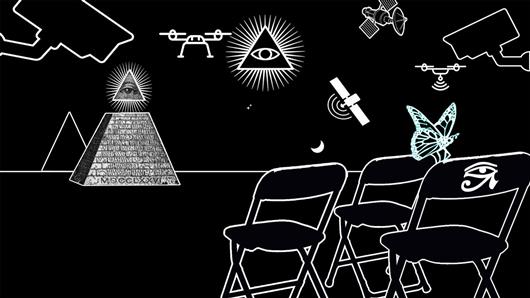 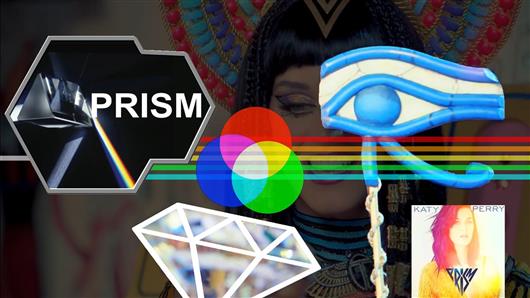 lives and works in Vienna — Austria

Karin Ferrari participated at Coup de Ville 2016. This text was published in the catalogue.

Karin Ferrari’s works are constructed using image material taken from pop culture and the numerous social media platforms – the result is often poised between academic theories, (political) paranoia and fiction. Like the French literary critic and semiotician, Roland Barthes, Ferrari believes that cultural expression, often everyday subjects, can be pared down to reveal their meaning. Thus, the context, expectations of the reader/observer and added text have a determinant influence on the eventual interpretation and significance.

On her YouTube channel ‘Black Magic Media Channel / Karin Ferrari’ she posts fictional documentaries entitled ‘DECODING (THE WHOLE TRUTH)’ in which she examines the hidden symbolism in music videos and TV clips. Karin Ferrari not only manages and distributes her own images but also takes complete control in the original videos and permeates them with her own text or images and superimposes them with her own rhythm.

The location in Coup de Ville is the former practice of an ophthalmologist and this was her inspiration to erect an installation based on  Katy Perry’s ‘Dark Horse’ from her DECODING series. The Eye of Ra / Horus is a recurring motif and, in the mythology of ancient Egypt, it symbolized the female aspect of the sun. Based on an initiation rite the artist expands this into a spatial ceremonial in which one systematically experiences several stadia in order to attain insight. The observer becomes the hero in a visual epic which resonates with secret symbols and magic rituals which evoke transcendental forces. In the attempt to unveil the secrets of the universe, man has constantly introduced his own worlds of imagination.

Programmes were being developed and an increasing number of image layers were combined; since 2000 software packages are being produced at an ever-increasing tempo. Despite a house-style, news programmes are regularly restyled and a continuing fascination for the globe is clear together with the claim of universality of news coverage.