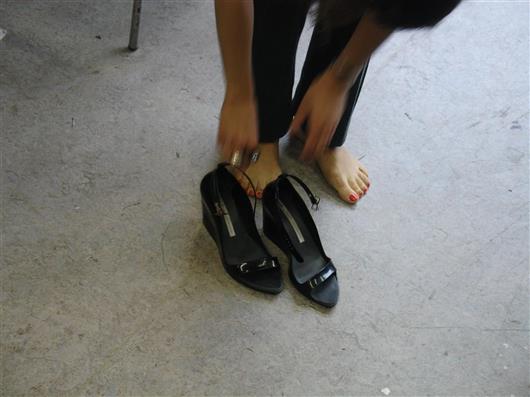 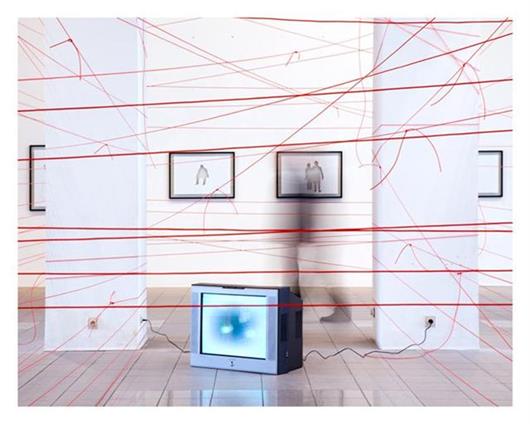 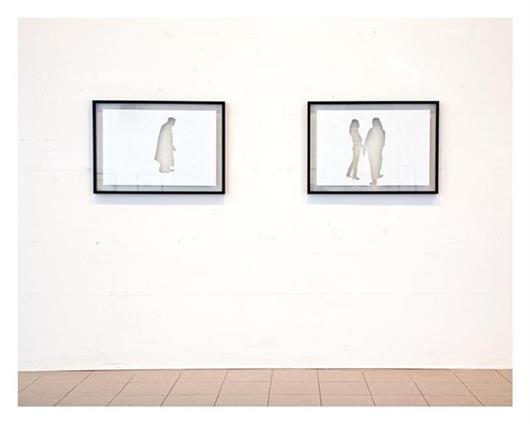 lives and works in Düsseldorf — Germany

Jårg Geismar participated at Coup de Ville 2010. This text was published in the catalogue.

Jårg Geismar draws ongoing inspiration from interaction with the environment and with people. In his preparations for the Coup de Ville exhibition, the artist did some prospecting around the town and took random photos of passers-by. Geismar then cut the figures out of these photos, showing just their reverse side so that all we have left of them is a series of anonymous, monochrome silhouettes.

This work demonstrates Geismar's interest in the way we look at individuals in public places and how we deduce their identity from just their external appearance. And, indeed, whether we feel inclined to trust somebody right from the start depends generally on the person's outer appearance. But what happens when such outer identifying characteristics are missing? The title of Geismar's work, Blind trust II, is obviously quite ironic when looked at from that perspective. What we get to see in his images are virtually abstract visual signals that force us, in our formulation of a picture of the people portrayed by Geismar, to base our opinions on the scant data with which we are provided. With only such a tenuous grip, we are indeed thrown back on putting our 'blind trust' in the artist's anonymous figures.

For the video work that Geismar shows beside the cut-out figures, he asked the students of the Shoe Design and Fashion Departement at the Academy to wear their favourite footwear and garments. These shots in the exhibit are combined with the real objects, but without identification of their owners. In this way, the garments and the shoes function here as a pars pro toto, whereby we are forced, once again, without any further identifying help, to deduce their owners' identities.

Geismar's creation is fleshed out with the recording of street sounds made by the artist and that were transposed into a musical piece by composer Michiel De Malsche. Geismar does not add these sounds just as links to the public space but also as a reference to his title Blind trust II. We may interpret this structure as a puzzle where sound and image need to be coupled to each other in just the right way. When we fill in the hiatus created by the fragmentation of the work by mobilizing all of our senses at the same time, the seperate parts of the creation all come together and evoke a feeling of total sensation.