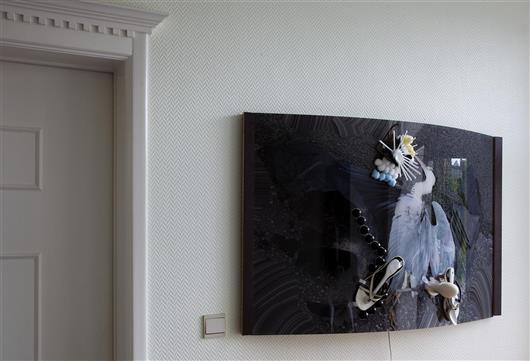 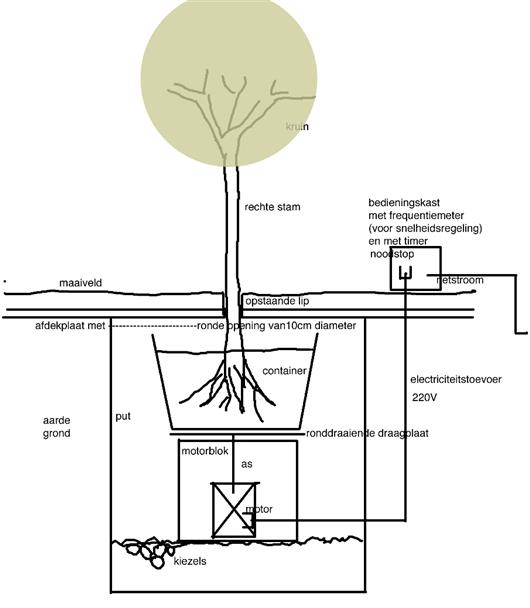 Honoré d'O participated at Coup de Ville 2010. This text was published in the catalogue.

What happens when Honoré d'O enters into conflict with higher powers? What happens with a tastefully arrenged and perfectly maintained garden when a creative and uncontrollable virus is let loose on it that could even make the trees spin? What happens when the artist wishes to free nature from the rigid shackles placed upon it, but at the same time re-directs it every time in a playful manner?

The result is a fantastic installation, which is literally and figuratively a strange turn from reality and which forms a poetic balance between harmony and chaos. Here, Honoré d'O reveals not only his alternative vision of nature, but also tries to provide a response to the laws of nature that are over our heads. He himself says that he would like to be able to perform magic tricks. His view is therefore in line with that of the so-called wild thinking of the French anthropologist Claude Lévi-Strauss. According to Lévi-Strauss, this way of thinking, which is a synonym for magic, myth and DIY, is not contradictory to scientific thought in the modern West. For him, both magic and science are a way of understanding the world. To put it simply, this means that this wild way of thinking is as rational as the scientific.

For Honoré d'O, it is all about casting and breaking spells. It is not only important to notice their intervention, but also the observation of the people discovering them. He leads us away from moderate thought, away from the subdivision of our minds and brings us to the discovery of the wild. Or as he says himself: "Amazement and curiosity are the most wonderful attributes for an artist or observer to work with."