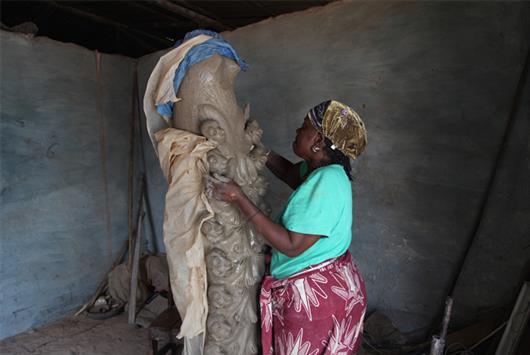 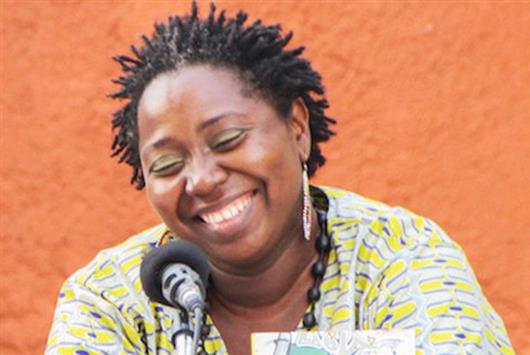 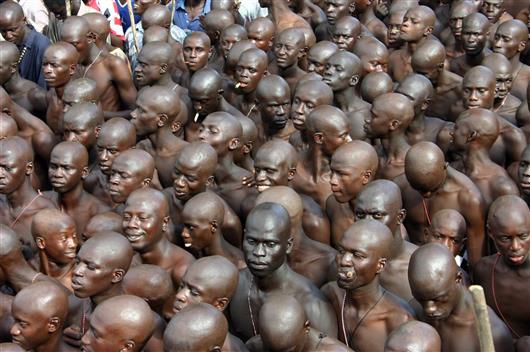 lives and works in Dakar — Senegal

To escape from the folkloristic art industry, Fatou Kandé Senghor founded the Waru-studio in Senegalese Dakar in 2001. Given their preference for exploring media like photography and video, this open and changing collective distances itself from tourism-focused art production. Furthermore, they are convinced that art can be an effective yet pacifistic weapon for solving problems in Africa; or, as a minimal goal, to acquire better insight into them. Not only do they imbue their history with a refreshing and critical reading, it is also their ambition to create as much as possible their own editorial.

Many years ago Fatou Kandé Senghor became integrated into the Casamance region in south Senegal. By reintroducing ancient initiation rituals there was an endeavour to confirm one’s identity through these secret ceremonies. In that same region lives the elderly ceramicist Seni Camara. In spite of her artistic fame and financial success in America, she lives effectively isolated in her village. Never before had the ceramicist permitted anyone to document her life story. In spite of her flamboyance she seems to recognize that her artistic production is slowly coming to an end. In the biographical art film ‘Giving Birth’ we follow the development process of a number of images while the ceramicist authoritatively recounts her own story.

Seni Camara appeared to be infertile and so remained childless. This led to a marginalized position in this polygamous community. Seni compensated for this alleged shortcoming by picking up the thread again in the field of ceramic production. Since she was already suffering a stigmatized existence, she developed an idiosyncratic oeuvre. Although she gives no life to children, she does to art. With her distinctive large-scale sculptures she does not go unnoticed and thus gradually the tone of the film shifts. The (geographic) accessibility of her art also had commercial consequences which changed the situation in her community. Her social status is becoming systematically more elevated but it is almost impossible to cast off the impression that she is the economic cash cow for this community. It appears to not really bother her. Her art will inevitably die with her, she says in such a way that there is some doubt as to whether this is tinged with sadness or whether there is a hint of sweet revenge in her voice.