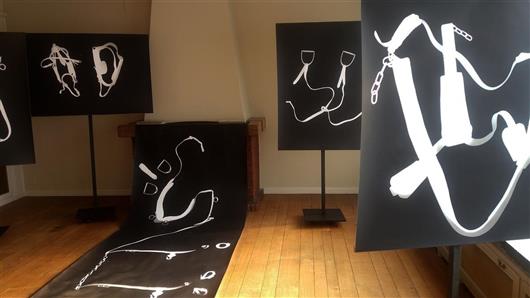 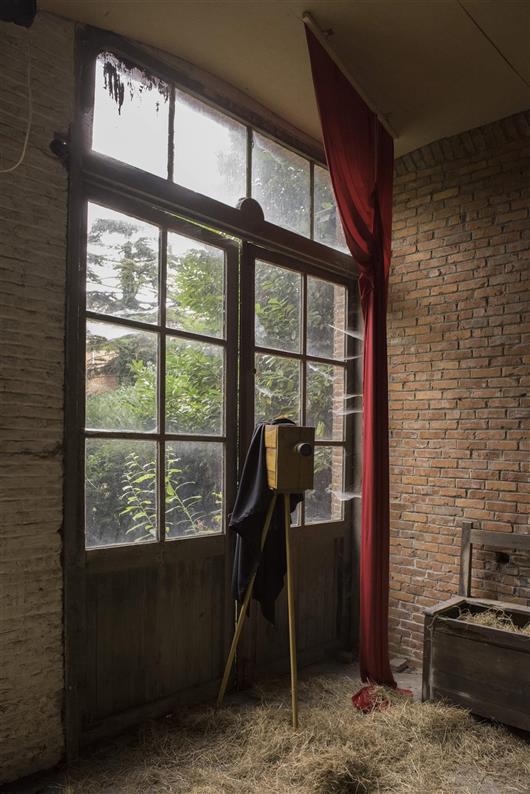 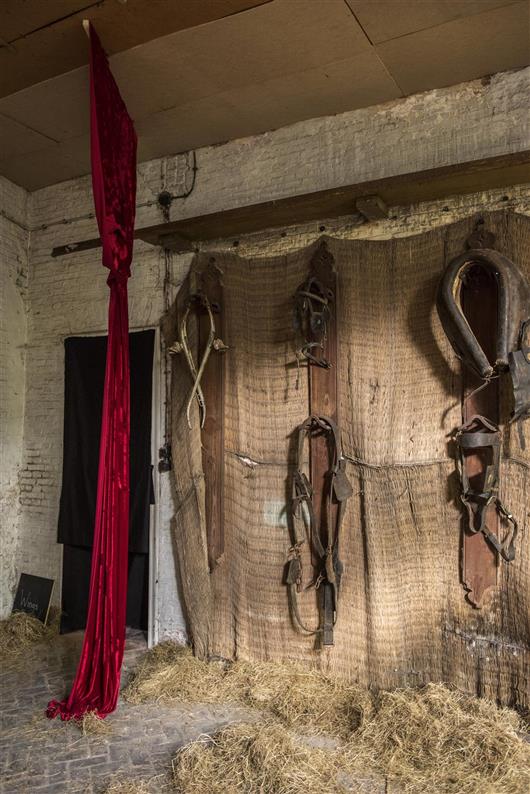 lives and works in Brussel and Ghent — Belgium

Ella De Burca participated at Coup de Ville 2016. This text was published in the catalogue.

Pivotal in Ella de Burca’s work is the relationship between word and action, a process in which language is treated as an object and vice versa. By inverting these positions and attributing other functions to them, the memory’s subjectivity and the power of interpretation are revealed. This is clear from one of her earlier works ‘The Pull’. By means of a poem and aerial gymnastics she reveres the female drive to survive in a patriarchal era, where language determines the speed of the interpolations. Nevertheless, her installations, which have theatrical allure and strictly recorded performances, belong to the world of visual arts and not theatre.

In a private home, hidden behind shop premises, the artist guides the visitor, during Coup de Ville, back to the era of the workhorse. This is not a random choice and emanates from the enormous stable block in the garden behind this dwelling. Until well into the twentieth century, the economy was dependent on the draught-horse and agriculture, the postal services, transport, dockworkers and industry were driven by them. Slowly but surely the animal was replaced by lifeless machines. In the same wave of mechanization and motorization numerous professions, implements and materials also disappeared.

Ella de Burca stages this juncture in the former stables. All the requisites and décor are present: only the principal protagonist, the horse, is absent. In the living area the tack is the theme in her photograms. Subject and chosen medium strengthen each other. After all, the camera emerged with industrialization. Nevertheless, Ella de Burca takes photographs without using a camera: the projection of an object on light-sensitive paper results in a photogram. The whimsical white shapes on a black background rather give the impression that it relates to Arabic calligraphy or refers to the radical rhetoric of Islamic State. Thus, Ella de Burca examines how objects, which belong to the past, acquire a fresh contemporary interpretation. Past (the reconstructed stable) and present (the new significance of old objects) go hand in hand here.