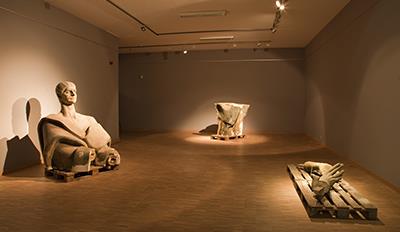 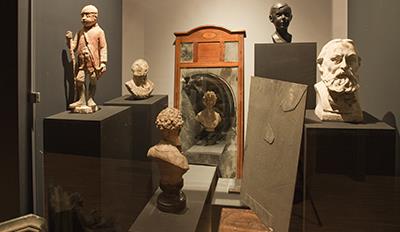 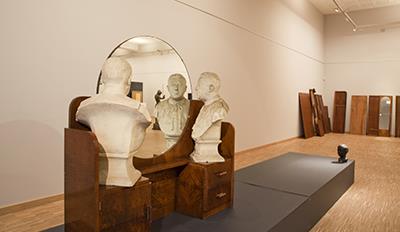 Ben Benaouisse participated at Coup de Ville 2013. This text was published in the catalogue.

Ben Benaouisse journeys within society and through art with an alert mind and a probing eye. Selftaught, he made his debut as a dancer and evolved from there towards the visual arts. Whenever he organizes performance projects, the visuals are more visual arts than theatre or dance. No medium or carrier escapes Benaouisse’s curious ken. Likewise, he conducts performances whereby he is not loath to use the democratic street stage and engage in direct confrontation with his audience. As an artist, he recycles and revitalises materials or trends of thought and focuses on art-historical evolutions and social situations. He tests art’s capacity in today’s climate and examines its role within our society. His conceptual interest finds a balance in the marvel and the joy that accompanies the creation of something novel.

Ben Benaouisse is a man who travels light and he did not bring materials to Sint-Niklaas. He prefers is to work with what is already present and on hand. He even collected discarded materials and asked residents and organisations for throwaways and rejects. His use of materials harks back to artists such as Joseph Beuys, Marcel Broodthaers, and Robert Rauschenberg. Like an archaeologist or an offspring of the disappearing preservation culture, he discovers in all such objects a representation of the world, carriers of a form of usefulness – even beauty.

The present collection of materials forms the basis of ‘Polytiek’, a blend of the terms ‘polyptych’ and ‘politics’. A polyptych, or a panel consisting of two, three, or several sections hinged together, was a very common form in medieval religious art. Growing up in Belgium and under the influence of his (Muslim) Moroccan origin, he became fascinated by religion and particularly by its secular impact. ‘Polytiek’ explodes dividing walls, establishes connections and shakes up the hierarchy of value scales by the revitalization of rejected objects. The installation seems to demonstrate what, according to Benaouisse, politicians ideally ought to strive to achieve and maintain: a society composed of a great diversity of individuals and opinions.