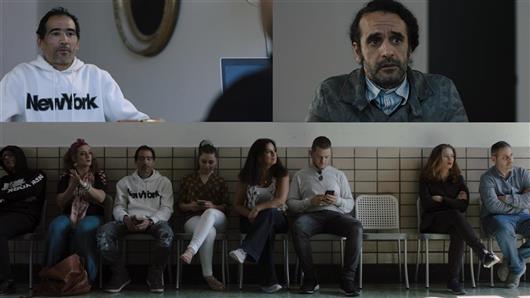 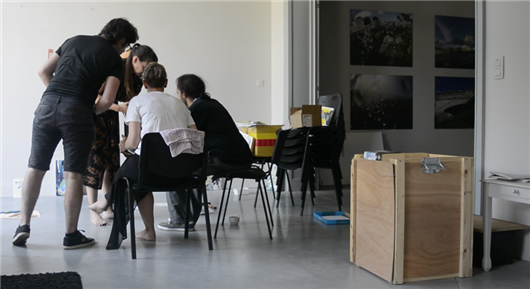 WARP presents three projects in a pop-up exhibition, where artists from East-Flanders, Limburg and Armenia come together.

The title 'De zaal is verwarmd' refers to a Dutch sign literally translated as 'The room is heated'. It was used at the entrance of movie and theatre houses, as an extra reason to book your tickets. In this context it also refers to the hottest days during last summer, when artists from the KO-residency gathered together at WARP to reflect on the medium painting.

In his foto project #LightLeads, Alain Van Audenaerde captures moments  referring to the primary meaning of fotography: 'painting with light' (from the Greek word 'photõs, graphein').

KO-residency brings artist together artists who share a common interest in painting. By communicating about their different approaches and visions on paint, they hope to explore fundamental insights on their own work and that of their fellow-painters.

The short movie 'The True Man' from Arthur Barseghian will be on screen for the very first time, before hitting the festivals. The film was his graduate-project at the Academy (SASK) in Sint-Niklaas. It's a tragicomic film about migration, bureaucraty, identity and fraud.