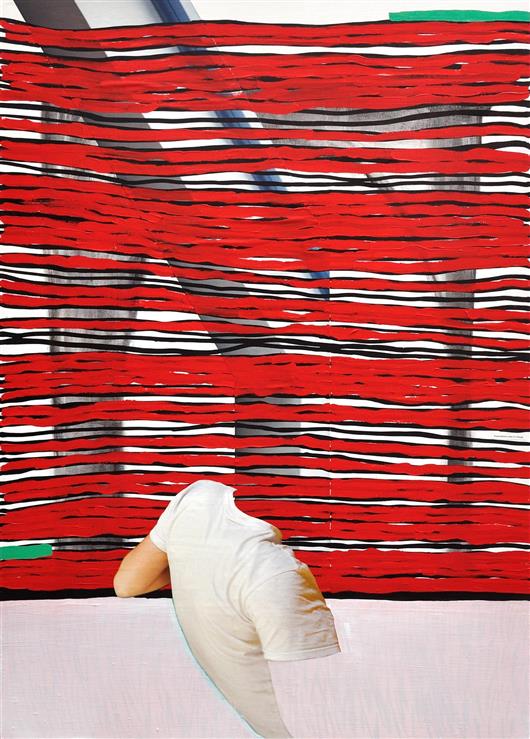 Art platform WARP launched in April 2017 a new showcase project 'K1' in Sint-Niklaas. K1 is a display window at the adjoining house next to WARP, located in the Apostelstraat, in middle of the city centre with a lot of passage by bikers and passangers.

As of Sunday 8 April you can discover the work of Jolien De Roo.

She examines if there is a (clear) meaning that you can read in a represented image. Does this meaning arise during the creating proces, does the artist navigates the meaning or is the meaning afterwards constructed by the spectator. Is there at all such a thing as 'the meaning of an image'? Bringing together multiple images often leads to an ambiguous univers with undefined personae.